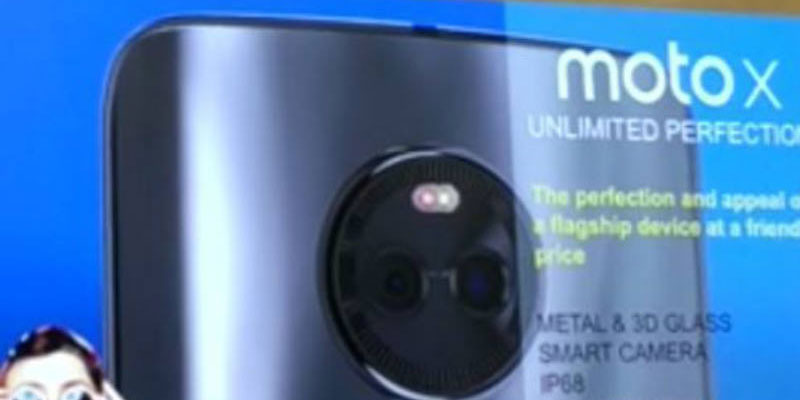 Reporting from Gizmochina, information regarding the naming of a nudge Evan Blass obtained via his Twitter social networking. Evan Blass chirp, “Let’s stop calling it ‘Moto X 2017,’ eh?” While uploading an image in the form of writing Moto X4.

But it is not only the latest information regarding this smartphone. A short video uploaded on Baidu in the form of video presentation Moto X4 with a duration of only nine seconds. Nevertheless, there is some information about the design and specification we can get it.

Moto X4 will come with glass and metal body, 3x Carrier Aggregation, IP68 certification, integration of AI, and always-on voice commands. Based on the video we can also see the presence of dual-rear camera with dual-LED flash that is positioned on top of the camera panel.

Along with the above specifications, the details of the specification Moto X4 also released on Reddit. This phone will be present mebawa 5.5-inch screen with a 3D glass, Qualcomm Snapdragon 660 processor, 4 GB RAM, 3800 mAh battery with fast charging, fingerprint scanner, and a laser autofocus.