Since carrying the jargon camera phone, OPPO looks quite ambitious to bring devices with camera capabilities that stand out, both front and rear cameras. After successfully presenting a series of Expert Selfie smartphone, now turn to smartphone dual rear camera that will be released.

The dual-camera smartphone to be released by the OPPO is R11. This smartphone was first seen in a TV commercial in China in April. Until finally yesterday (18/05) R11 OPPO stop in AnTuTu so some core specifications revealed. 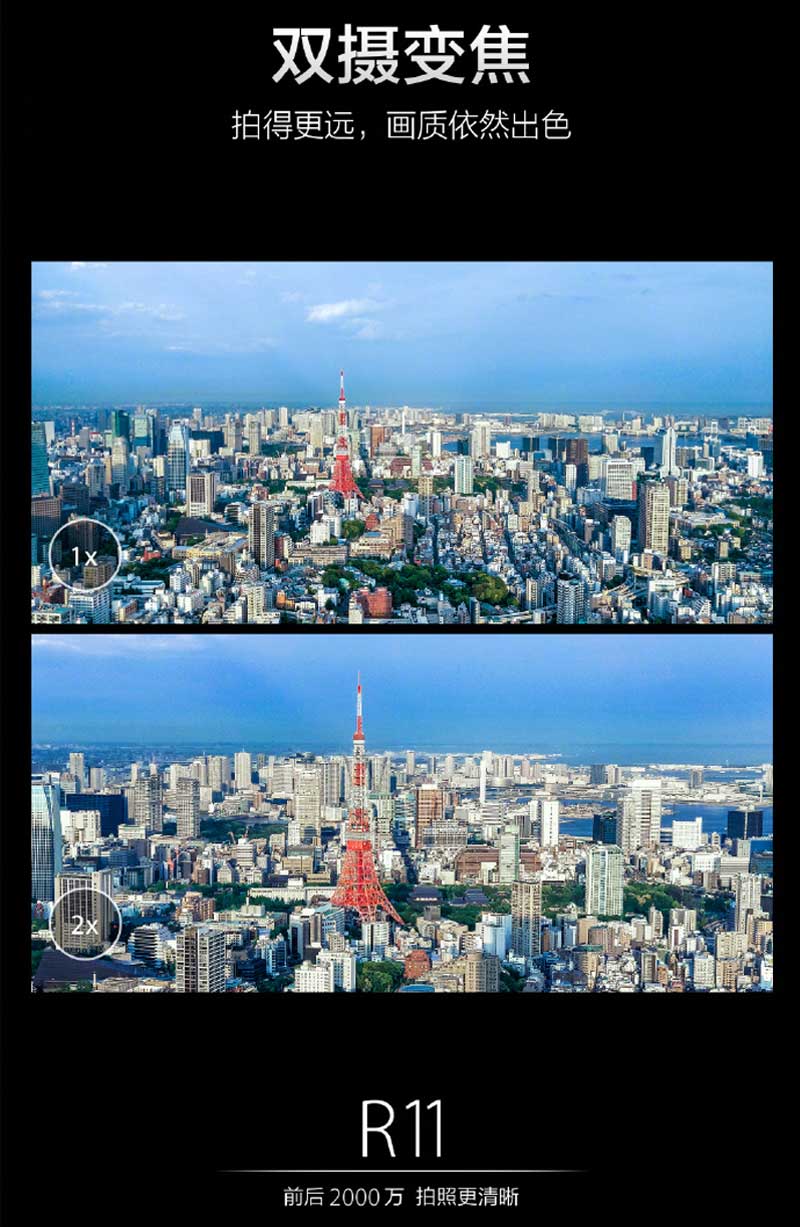 And today (19/05), OPPO released two new official teaser to describe the ability of R11. The first teaser in the form of posters with the image of two camera modules that exist on a smartphone. There is also a description of the numbers 2000 and 1600 describe the resolution of 20 MP (telephoto) and 16 MP (wide angle).

Large dual-camera configuration possibilities it will bring the latest features recently introduced in the MWC 2017, which is 2x lossless zoom. While the teaser poster printed the images of both the camera’s zoom capabilities R11 form view of the city with many buildings.